Would You Pay More to Sit in a Quiet Zone on Planes? 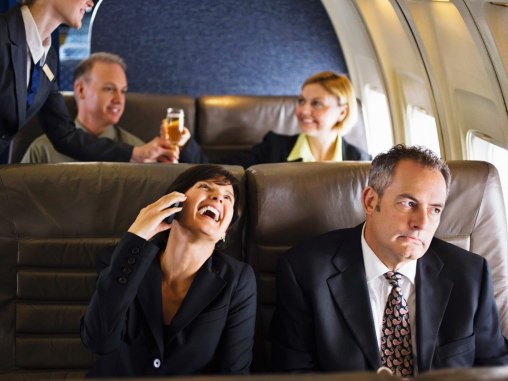 Would You Pay More to Sit in a Quiet Zone on Planes?

The Federal Communication Commission’s decision to end the ban on in-flight calls has not only sparked a furious debate of technology vs. courtesy, it appears it also might dip into the wallets of fliers everywhere.

In two separate surveys, half of Americans said they would pay extra to sit in a “quiet zone” designated by an airline if the ban on cellphone usage is lifted.

Three airlines – Delta, JetBlue and Southwest – have already said they will not allow cellphone usage in-flight even if the ban is lifted, but many other airlines are still evaluating the dilemma.

Several airlines have already introduced so-called ‘quiet zones,’ albeit mostly in response to what turned out to be the No. 1 annoyance on Expedia’s survey – screaming children.

Just as the old smoking vs. non-smoking sections of planes didn’t prevent second-hand smoke from wafting to nearby rows, if not the entire plane, it remains to be seen if quiet zones will work.

Then again, if there’s a fee to be made by the airlines, somebody will make it work.